Grant completed his Cert IV in Massage Therapy in 2005 and completed his diploma in 2006 at the Australian School of Therapeutic Massage. His passion for the working in this industry then lead him to continue his studies and he completed his qualifications for Myotherapy at the Australian College of Fitness and Bodywork in 2014. Grant also completed his Personal Training Cert IIV and IV in 2005 which has given him and advantage when treating clients that need rehabilitation and extra training.

Grant has had great experience working with athletes, his highlight was working for the 2006 Australian Weightlifting team, preparing for the commonwealth games.

Although Grant loves working with athletes, he also loves helping all people and has worked on a vast array of clientele. No one however can compete with his No.1 passion, being a loving husband and Dad! 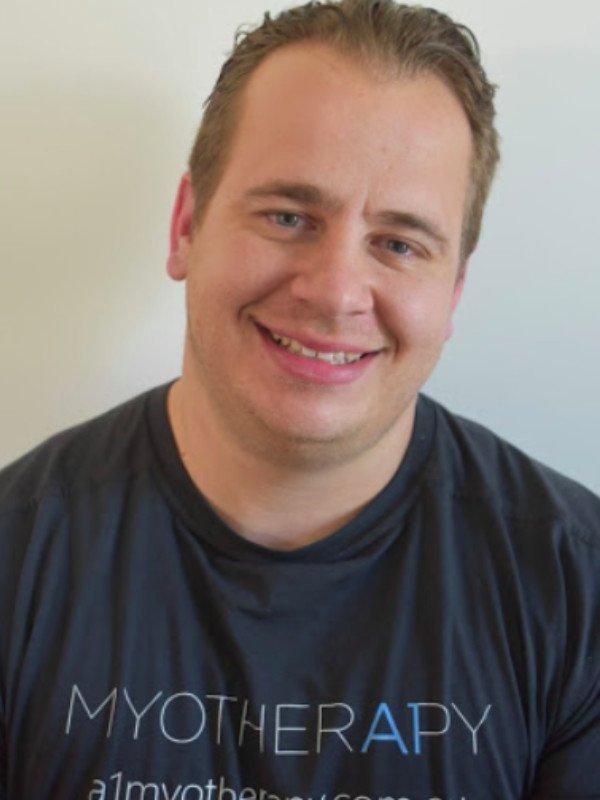 What grant's Clients Say about him

 5/5
I visited A1 Myotherapy because I was having a problem with irregular pains and niggles when trying to get deep into some yoga postures. I had recently restarted yoga after a long absence. Grant was amazing! The first session was brutal (in a good way). He was able to convince my body to release a whole bunch of tension that had been built up. The week after our session, I was able to flow really well in my postures. Although I had some stiffness following our sessions, I didn't have any pains, and the stiffness eased off after a couple of days of stretching. During my follow-up session, we both observed how much extra mobility I had, with a huge reduction in knots. Thanks Grant, for giving me back my mobility after years of not looking after my body!
Lennart
Had a great therapy session! While in Melbourne from the US, visiting family, my brother in law suggested I use some holiday time to for self-care. This was a great session, definitely firm and deep as requested, but tailored to my needs. Wish I could get this monthly or more often, but will have to wait for my next trip to Australia!
Tibor
Gr8 myotherapist
Arthur
I feel that Grant cares. I actually feel that Grant gets the job done.
Peter
As you get older it helps to maintain health. Grant is very thorough with his work.
Lorraine
My shoulder injury got noticeably better almost straight away and was gone after a few sessions. It works. Grant does a great job.
Matt
Grant’s understanding of anatomy and treatment helps so much with lesser known issues like mine. Both Grant and Tori are so friendly and knowledgeable.
Elizabeth
I really enjoy having movement back in my body. With Grant I find I receive excellent treatment.
Danielle
Seeing Grant sorted stuff out in 1 session. Good atmosphere. They’re all good.
Billy
Direct, to the point, expertise. My shoulder pain has reduced significantly. Grant is very friendly, knowledgeable and most of all makes the whole experience very comfortable. Feels more like a personal experience, rather than just another “client” and money to be made.
James
Grant gives me help and suggestions with muscle imbalances. I really appreciate his advice. I feel immediate relief from tightness and good for injury prevention.
Stephanie
I have been having Myotherapy at A1 with Grant for a few years now and find that his treatments are invaluable.I originally had an issue with a tight hamstring and glute which was limiting my training. I realised how beneficial his treatments were and they have become a monthly investment in releasing my tight muscles from training and improving my mobility.
Steph
Previous
Next
Do NOT follow this link or you will be banned from the site!
This site uses cookies: Find out more.